From six-digit word-count novels through novellas, short stories, and all the way down to flash fiction, I write it all. Some of my short fiction has been rejected by the most prestigious SFF magazines, and a few stories have even been accepted! I'll link to each as it comes out, and in the meantime, you can check out some of my longer works-in-progress below.

A Portal - in Cast of Wonders

Give My Body to the Moths - in Fireside

When a storm of wild magic hits Light Shatters, the city—already like no other, a precarious balance of innovation and tradition where there is no barrier between the physical and the spiritual—becomes the center of a world-changing disaster. From the infamous inventor who just came into town to the Bear Clan girl whose family runs a riverside restaurant, disparate and unlikely people are pulled into much bigger things than they're prepared to handle. The magic their world is built on is dying, and only when their paths (and hearts) intersect do they begin to see a way forward.

A science fantasy duology with a dash of queer romance, Sky of Dust and World of Lightning follow four characters dealing with personal traumas at the same time that they're forced to face up to some uncomfortable truths about their world. The story deals heavily with family and community, trauma and healing, tradition and growth, with a queer and Haudenosaunee-coded cast of inventors, healers, and ordinary community members. The first book is finished and just needs a Haudenosaunee sensitivity reader, and the second is well underway. 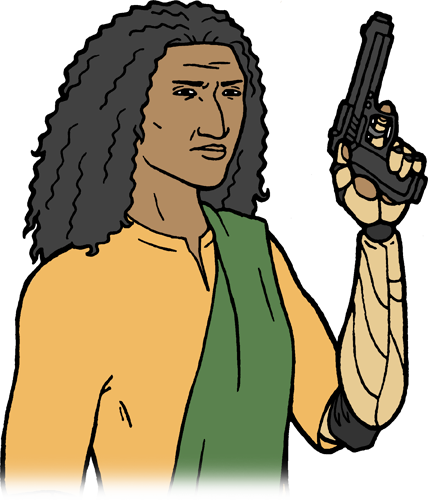 This stand-alone sci-fi novel still doesn't have a proper title ("Sync" is just a placeholder), but here's the back-cover blurb:

Sinhi and Jaksa grew up together in the Network Republic of Shukra, the most powerful state on un-terraformed Venus and one with dark stains in its not-so-distant history. When they each realized the evils their home was responsible for, they reacted very differently: Sinhi devoted zimself to fixing the Network from within, while Jaksa devoted herself to defending the outliers. When they cross paths unexpectedly for the first time in decades, it isn't clear whether they should be allies or enemies, and with ground-breaking medical technology, a brewing uprising, and the torturous practices of the Network's military all caught in the balance, there's much more at stake than their last chance at family.

I've written about two-thirds of it so far. It's full of queer characters in an ethnically and religiously diverse setting, and along with questions of reform vs. abolition, it also deals with trauma and recovery, healthcare and disability, and of course, family.

This is a trio of novellas about the gods of a colonized people, who are loosely coded after some Central American cultures with the significant exception that their homeland is also inhabited by late-Cretaceous dinosaurs, some of which they've domesticated. The novellas aren't a series, exactly, since each one focuses on different characters and plots and there's substantial time between them, but there is a definite sequence to them. The first one is finished, and I'm just getting started on the second; the third is still in very early planning.

What Springs from Bloodied Earth

After a brutal invasion, the only gods left to the Etliruset people are gods of death, but they are determined not to let their people die.

The next two will be titled What Blossoms from Steel Seeds and What Cannot Be Made by Gods. I won't say too much about them, lest I spoil the first one!