Several years ago, I realized I had never once read a SFF novel with a trans person in it. When I went looking for such books, I found a lot of disappointment. You can find some lists online of "trans" sci-fi/fantasy, but these lists tend to be full of books that don't have trans characters at all, but have hermaphroditic aliens, or sex-changing shapeshifters, or magical body-swapping, or some other speculative take on gender. All of that can be great, but I wanted real trans characters. And of the few books that offered them? A lot were either fetishistic erotica or else just obviously written by cis people who didn't know what they were talking about.

So instead of another haphazard and disappointing list of anything and everything that might remotely be considered trans-related, I've been collecting a much smaller set of SFF novels with trans, non-binary, and trans-ish major characters that I, as a trans non-binary reader, actually enjoyed. By "trans-ish," I mean that there's some speculative element tied up with the character's identity, but not in a way that I found othering or problematic, or I wouldn't be recommending it.

I haven't found as much as I'd like, but the books below are all well worth a read. I particularly recommend the ones with stars! 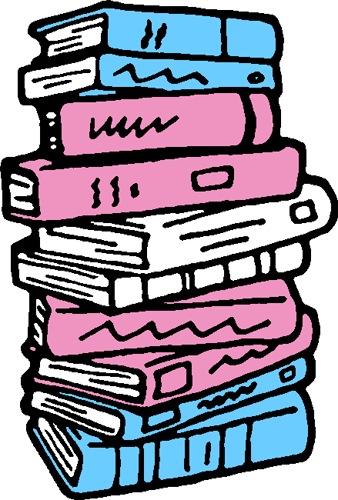 A closeted trans girl accidentally inherits superpowers that give her the body she's always wanted. Superheroes aren't normally my jam, but this book is compellingly written and deals with both trans issues and family issues in a very real, relatable way.

★ An Unkindness of Ghosts by Rivers Solomon (enby author!)

This takes place in a future setting with a somewhat different cultural approach to gender than ours, where it's tied up with social class and locality, but the (autistic) protagonist is hard to read as cis. Wrapped up with lots of other intriguing world-building and relevant themes, it made for a fascinating read.

One of the two main characters is a trans man, and several secondary characters are also trans or non-binary. These characters weren't present in the first book in the series, largely because the first book was limited to a context that, in-world, is more transphobic than average, but unlike the other second-in-series books I mention here, I do not recommend picking up this one without reading the first in the series first.

This one's got a trans woman co-protagonist, plus smooth writing and cool world-building, too. One of a set of stand-alone novels in the same universe.

Okay, I'll be honest: this is an obscure indie novel that I only know about because the author is a friend, so take my recommendation with a grain of salt, if you must. But if you want trans fantasy protagonists, this book will give you two (both trans men), plus several queer secondary characters including an enby and a trans woman.

Not Your Villain by C.B. Lee

Another trans superhero, and a bunch of other characters are also queer; this book is brimming with wholesome representation. Second in a series, but the other books focus on other (cis) characters.

The Bone Palace by Amanda Downum

One of the two protagonists in this book was called a hijra, but the way she was written felt very much like a Western trans woman to me—not that I, as a white American, am the best judge on how to write hijras. Either way, she's not cis, and the book's not a bad read, though she has to play second fiddle to her cis co-protagonist, around whom the series revolves. This book is second in the series, but stands alright on its own.

The author and protagonist are both non-binary and although there are speculative elements to it, it felt to me like those elements were servicing the exploration of the protagonist's identity (including but not limited to gender), rather than the other way around. It's more spiritual than my usual read, but all-around an excellent novel.

This was the first book I ever read with a protagonist who I could really relate to on a gender level. It was a little bit overwhelming, in a good way, to finally see that part of myself reflected in a story, and I raced through the book in two days. There turn out to be speculative reasons for the protagonist to be non-binary, and it isn't perfect—what book is?—but it will always have a special place in my heart.

So with this one, we have a trope that I generally don't love: a cis man becomes trans when he's put into a woman's body as part of a futuristic experiment. That said, the book did a decent job handling it, and wasn't a bad read overall.

There were some things about this book that I didn't love, but I think it's worth a mention because it's written by a trans author drawing on his own lived experiences, so it has a certain kind of authenticity. The protagonist, initially assumed to be a cis boy, starts questioning their gender after jumping back in time into a girl's body.

I have very mixed feelings about this book. On the one hand, a trans enby bike-riding protagonist in a cool dystopic near-future! On the other, a pretty sketchy conflation of gender-affirming hormones with mind-altering and addictive substances, and that's not even the sketchiest thing in the book. It's worth a mention, I think, but I didn't like this one nearly as much as I wanted to.

Diana Comet and Other Improbable Stories by Sandra McDonald

This is a collection of short stories that very loosely center around the titular character, a trans woman. Sometimes she's the protagonist, sometimes not. There were multiple scenes of other characters accidentally seeing something that revealed her trans-ness, and I'm really not a fan of forcibly outing trans characters like that, but otherwise, it wasn't bad.

These books and novellas won't give you a lot if you're really itching for trans representation, but sometimes it's nice to see trans and non-binary folks existing in the background, too.

• To Be Taught, If Fortunate by Becky Chambers: trans man

Some Other Good Reads on the Gender Front

These aren't really about trans people at all, but they're worth reading if you're interested in speculative fiction that explores gender and queerity more generally.

• Ancillary Justice and its sequels by Ann Leckie

• The Left Hand of Darkness by Ursula Le Guin

If you know a SFF novel with trans (ish) characters that you don't see here, it might be because I didn't think it handled things well and I don't want to recommend it. This was often the case with older sci-fi novels that might have had progressive takes on gender fifty or sixty years ago but haven't aged well. That said, it also might be because I don't know the book you're thinking of, especially if it's newer or by a lesser known author, and I'd love for you to tell me about it!